Just woke up from a dream where I stopped an alien invasion by getting them to eat my barbecued short-ribs and drink some sweet tea.
Turns out that the aliens, who were a tall, martial race of sentient reptiles from Venus, were so enchanted by the concept of barbecue that they drafted me to be an envoy from Earth, spreading the gospel of barbecue and reforming their warmongering society with generous helpings of grilled meats and side-dishes served on sagging paper plates. 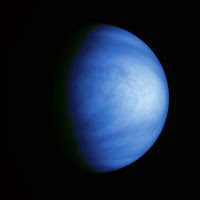 In return, the Venusians, who were all hermaphrodites named Arno (plus a number), shared with us the secrets of cold fusion, frictionless lubrication, and the Ion Drive. They shed their glittering exoskeletal armor for Wrangler jeans and Tommy Bahama shirts, but they found the concept of shoes abhorrent and painful, as they did almost all of our music, except gregorian chants and Tuvan throat-singing. After catching me playing Angry Birds, the Venusian military regarded my Iphone with deep suspicion and warned me never to use it in public while visiting their planet. I had to assure them that I doubted I could get a signal that far from Earth and, besides, since there were no outlets, my battery would soon die.

Once I returned from the turreted domes of Venus, I was immediately made grand marshal of a parade that ran from Coronado beach in San Diego up the coast of California to Candlestick Park. The parade lasted 4 days, and I spent the entire time on a float made to look like a giant Char-Broil grill, with dry-ice smoke and commemorative cryo-packs of marinated short-ribs that I had to throw out to the throngs that lined the highway.

At one point, the parade paused so that I could judge a televised contest of JJ-impersonators, all of whom had to tell bad jokes while flipping burning meat with short tongs. I was a little disturbed to find that the impersonator I picked to win was a 14 year-old Puerto Rican girl who had shaved her head, donned a pair Woody Allen glasses, and memorized the punchlines of George Carlin.

I became even more miserable when, during closing ceremonies at Candlestick Park in which I was presented with many honorifics from the likes of Nelson Mandela, the Queen of England, Ryan Seacrest, and the Brood Mother of the Venusians (who presented me with a bracelet that would protect me from all infections and cancers and was also a supercomputer that connected directly with my brain), I was told that I was expected to continue touring the world and the solar system, spreading the gospel of barbecue and peace, but that my friends and family could not accompany me because of the security risk. I was assured that they are were being amply compensated, and the President let slip that HBO had already started shooting a movie about me and my efforts to save humanity, to be directed by Michael Bay and narrated by Alton Brown. I was then told that my tour would last years, and I could only communicate with my loved ones via Skype until it was over.

When I asked why I had to tour the solar system as well as my home planet, I was told by the President and the Brood Mother that Mars and the Asteroid Belt are both inhabited by a race of barbaric unicorns who do nothing but duel with each other and boil all their food, even their desserts. Then I was expected to come home and deal with the North Koreans.

And so, girded with my monogrammed apron and my nuclear-powered collapsible grill (which was self-cleaning and folded up nicely into a convenient backpack), I boarded the Venusian flying saucer, ever lonely but determined to do my best to bring a meaty peace to those scrappy, wrongheaded unicorns (who, it turned out, had a real thing for Jimmy Buffet and lemonade).

And then I woke up.