(Note: Those looking for Bloodsucking Vegas: a vampire noir should go here.) 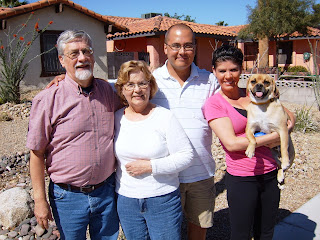 What do we mean when we say family?

I ask this for several reasons: because of the season, because I've been hearing the word used a lot, and because I've always wondered about it.

Beginning with Thanksgiving and running through Christmas to New Year's Day, our society is gripped by holiday observances that push us together into the groups we call family.

The pressures can be both good and bad. The holidays can heal estrangement and encourage fellowship, or they can increase stress and highlight loneliness as we gather together and perform our rites, from shopping to eating to worshiping to exchanging trinkets & tokens as totems of our collective esteem, congealing into cliques that, inevitably, leave someone out.

It's no wonder that the urban legend about suicides and incidents of domestic violence peaking at this time of year seems to be an immortal seasonal meme. Everyone seems to believe it without actually checking the evidence.

And, recently, I've heard that tired term, "family values," rear its vague head in conversations regarding our national ills. Strangely, whenever I've asked the person who utters the phrase for some clarification of what they mean, I am always regarded with suspicion and even exasperation, as if the term were so blatantly self-evident that I had to be some sort of certifiable idiot to even entertain any doubts as to its meaning.

I guess I'm supposed to borrow the notion of Justice Potter Stewart when he wrote about the definition of pornography. In other words, I'm just supposed to know what family means when I see it. 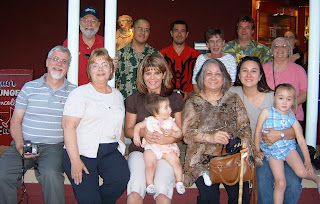 But I'm not just being a gadfly about this. I really want to know: just what do we mean when we talk about family?

The simplest answer I get when I ask this question is "people you're related to," but this definition falls flat almost as soon as I try to apply it. In an age of extended families made ever larger by cycles of divorce and remarriage, am I supposed to regard my step-siblings as family or not? How is my family supposed to regard my live-in girlfriend, with whom I've been monogamously committed for longer than the imploded marriages of many of my friends?

Let's say you get married, have children, and then get divorced. Are you no longer related to your ex-spouse, despite the fact that you still have children to raise? Sure, you may have dissolved the legal and financial ties you had to each other, but those kids still need their parents, right? After all, what more profound connection can there be?

I have a brother whose estranged daughter is being raised by her mother and stepfather, both of whom seem to have more contact with my parents than my brother does. Is the stepfather of my niece someone I'm related to, even though I've never met him? Has my brother abdicated some essential bit of familial identity because he isn't the primary caregiver for his daughter? 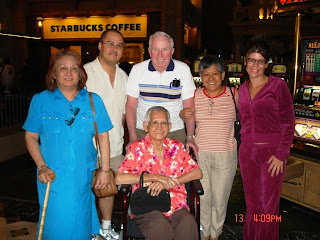 In many genealogies, family connection is determined solely by parentage, as in "who-begat-whom," making for a very strict definition of family that ignores complexities such as dissolved marriages, unacknowledged illegitimacy, and alternative lifestyle. But one cannot live one's life merely as the branch of such a thinly-foliated tree. Am I supposed to hold a cousin I've never met in higher regard than the best friend I've known since college just because my cousin and I share a common ancestor?

Such a notion strikes me a nothing more than primitive tribalism.

And then there's the phrase, "like family," which confuses the issue even more. When someone says, "Treat X like family," how am I supposed to know what they mean? Remember that family members make up a high percentage of abusers and murderers, let alone the plethora of relatives who strain their relations with petty squabbles and basic rudeness, not to mention the innumerable business dealings that have crumbled under the strain of familial rivalry. Peruse the trial records at your nearest courthouse if you don't believe me.

And yet I must insist that, whatever we mean by family, we need it. None of us gets through life on our own. Beyond pragmatic considerations, it's an inescapable fact that joy shared is multiplied, while misery shared is lessened.

In one of Kurt Vonnegut's lesser novels, Slapstick, he posits a national initiative to lessen loneliness. This initiative involves the arbitrary assignment of extra surnames to all citizens, essentially giving them a kind of randomly-generated tribe to belong to. It's actually a neat idea.

I guess the point I'm trying to make is that the best definition of family is one that is as inclusive and generous as possible. It includes all the people we have fellowship with, and its ideals encourage us to expand that group at every opportunity, which is why holidays are so important. They remind us that our individual lives are best fulfilled within the context of a large and growing family.

I know, it's a little pie-in-the-sky to think we'll ever shed the worse parts of our natures and follow Forster's epigraph to "only connect," but I'm hopeful. Look how far we've come since the days of Hobbes's Leviathan, when life was merely nasty, brutish, and short. (Well, it's still that way for many of us, though those numbers are shrinking.)

If I were put in charge of defining what family is, I would include the caveat that "once you're in, you're never out," which would create some complexities, sure. But, as I've said, sharing the burdens of complexity is one of the reasons why families are necessary.

This notion is why I get so angry when I hear the word family being used as a term of exclusion, as in, "So-and-so isn't family, so he's not welcome here." It's that very impulse that leads to prejudice and warfare. Extend this notion out into the geopolitical sphere, and you'll understand why I'm bothered when someone's expression of patriotism (in essence, an idea of nation as family) means someone else has to die.

In the end, it's my contention that we're all family and should act as such, or we're doomed.

Enjoy your holiday. Give my best to your family.